Jesus, No Plan B 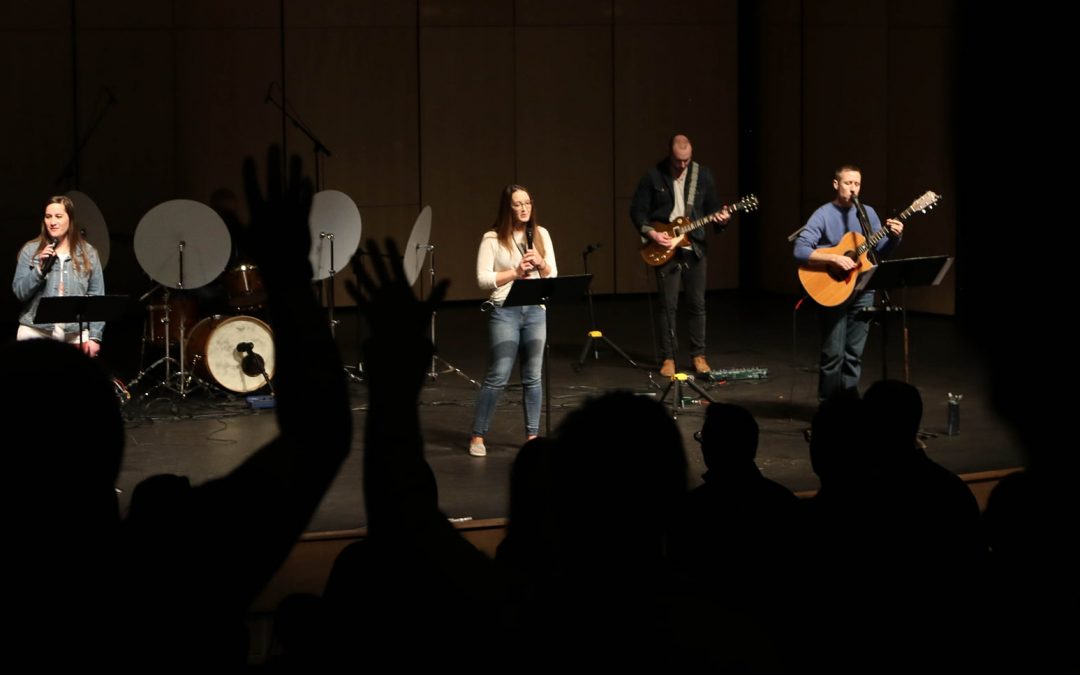 About a year ago, Tiah and I became involved in a church plant. Saturday evening was the first preview service. It was a great night, another step on the journey to having weekly services. But on the journey, we first had to learn what church is about.

Maybe you think you already know, and some of you might. But if you aren’t doing anything that shows you know, then it’s fair to question if you do.

It’s easy to say church isn’t a building. Or church is more than an hour of your time on Sunday morning. but do your actions reflect that? In an age of social media there’s no challenge to sharing a meme or retweeting a popular thought. But living it out requires action. In the world, out of your comfort zone, difference making action.

The first step on the road to Missio’s first preview service was for a group of people to join a missional community. This was a small group of us gathering together weekly. Many churches have small groups, or life groups, or any number of differently named things that all function in a similar manner. I have been a part of a handful in my life. They often center around a group study in people’s homes. Maybe they include a meal or snack. Kids are likely playing with each other while the adults meet. Far too often, that’s as far as they go.

Our missional community started meeting together only days before COVID-19 led to gathering restrictions across the country. But God’s work will still be done, and we proceeded forth over Zoom those first few weeks. As the weather warmed, we progressed to back yards and fire pits. We shared our stories with each other. We studied God’s Word, and what it means to be missional. And then, we took a critical step forward.

We left the comfort of our immediate surroundings and tried to reach people. Reaching people isn’t merely talking to them about Jesus or handing out a tract. It’s building a relationship. It’s being available for them. It’s becoming part of their lives, and them part of yours. Our simple step forward in this was a regular cookout in a local park, and inviting people to join us.

We met some interesting people, some of whom we haven’t seen again, some who we see often. We heard stories and gained new compassion for those less fortunate. This park often finds homeless people wandering through, or people who have ingested substances the body should not partake of. Families with children had deep conversations about things they saw, and had eyes opened to realities of the world we don’t see unless we get out and be missional.

We have made efforts to help a family get back on their feet. Another family has immigrated from different parts of the world and we’ve been able to share in their cultures and meet more of their friends at parties, and were able to throw a baby shower for them too!

From showing up at a park, and inviting people to join us, we have made new friends, learned more about the world and our own community, and have also seen people express a new faith in Christ! Establishing relationships with people allows us to speak into peoples lives, and when they’re ready, help them take their next step in Christ. Disciples making disciples.

From the critical first step of being missional, comes the second piece that so many church groups get stuck in. We broke apart. That isn’t to say that there was a big disagreement and we all parted ways. Rather, we grew as a missional community over a year, not just in relationship with each other, but in number as well. And as missional relationships grow outside of our core group, there comes a time when you must multiply. For us, one missional community became three.

Now is our chance to take all that we learned over the last year and share it with others. It is an opportunity to establish the DNA of a church that doesn’t just meet on a Sunday morning, but meets in groups on a regular basis. Groups that are part of each other’s lives. Groups that are bold enough to get out of their comfort zone and make a difference. Groups filled with people who are ready to meet people that don’t go to church, who have different life experiences, cultural backgrounds, and political views. Groups of people who don’t get stuck in another small group bubble, never to multiply or make a difference in the lives of those who aren’t just like them.

This is just a handful of paragraphs of me spewing out a tiny fraction of what’s been happening in our lives over the last year, but their are a few takeaways those of you in church should take with you.

It’s painful to multiply. It means you won’t be meeting as often with people you love and rely on. But it also means we’re growing as believers, and inviting other people into a wonderful experience.

I’ve been reading through a number of books this year, the most recent of which has been Simple Church. It recently pointed out that when Jesus was here, he spent all his time with a small group. His small group was 12 people. There’s something to be learned from the number 12, as it’s a size where people can be intimate with each other. As group sizes grow, it’s a lot harder to share the important things that need to get out. When our groups are approaching the size of 20 we need to take a hard look at multiplying. But now I’m digressing, and a key point the book made was that Jesus didn’t have a Plan B.

Ponder on that. No Plan B.

Jesus put everything into the disciples, and it was up to them to carry forth the mission. He died on the cross for us, and those disciples traveled the globe to share His sacrifice. They planted churches. They made more disciples. There is power in small groups.

So what is your next step? Are you being called to join a group? To multiply your group? To join a church plant? To start a church plant? Maybe God wants you to move to a neighborhood where you’ll have more impact. Or maybe He wants you to move to a new city? You could become a pastor. You could start volunteering at your church (looks are deceiving, a church ministry with enough volunteers is a rare thing). You could volunteer as a group somewhere in town, and be relied on to be there regularly. You could stop doing the weekly Bible study that has mostly the same 30 people from the last 10 years and make a friend who doesn’t go to church. All the Bible knowledge in the world is useless if we never do anything with it.

Regardless of where you are, big town or small, a church of 1000 people or a church of 40, there is opportunity for you to live on mission. There’s a lot of need in the world if we stop long enough to look for it. If we quiet ourselves long enough to hear God speak. Sometimes He tells us to take a very small step, and sometimes He tells us to do something terrifying.

Pray about where you’re at in life. Listen for God’s guidance. If it isn’t uncomfortable, it probably isn’t what God wants for you. Outsized impacts come from our discomfort.

Great thoughts on small groups. This is definitely a challenge and change that we need to make in multiplying our groups.