This weekend was a little miserable for me. Over the course of last week a pain started to grow in my mid-back. Right as the weekend hit the pain jumped up to a new level, which made simply existing a lousy thing. On Saturday my massager arrived, which is nice and helped with the pain, but it was only a band-aid on something that seemed to be a larger issue. So first thing this morning we drug ourselves out of bed to visit Chuppe Chiropractic as soon as they opened. Thankfully they were able to get me in right away and noted that my back is pretty tight. They helped loosen me up and I have felt better today, hopefully in the follow up visits they can get me squared away and this won’t come up again. This is how we’ve begun round two of chemo for this cancer. Maybe not quite a manic Monday, but nonetheless a lot going on.

After getting some blood work done we met with one of our doctors. Finally we got some good news at the hospital! My white cell numbers are lower than they’d like to see, and while they will monitor them a little more closely this week, it is still full steam ahead. All of my other vitals look great, the tumor markers are way down from just a few weeks ago, and some of the concerns Tiah had don’t seem to be of much note to the doctors, though they will watch if there’s any progress. While not getting inundated with some side effects I thought may be coming, there are other side effects popping up that we weren’t aware of, but seem to be relatively common when getting chemo. We’re now eagerly awaiting today’s treatments to wrap up so we can go home and catch our breath after a full day addressing my needs, and her putting the finishing touches on a few projects. 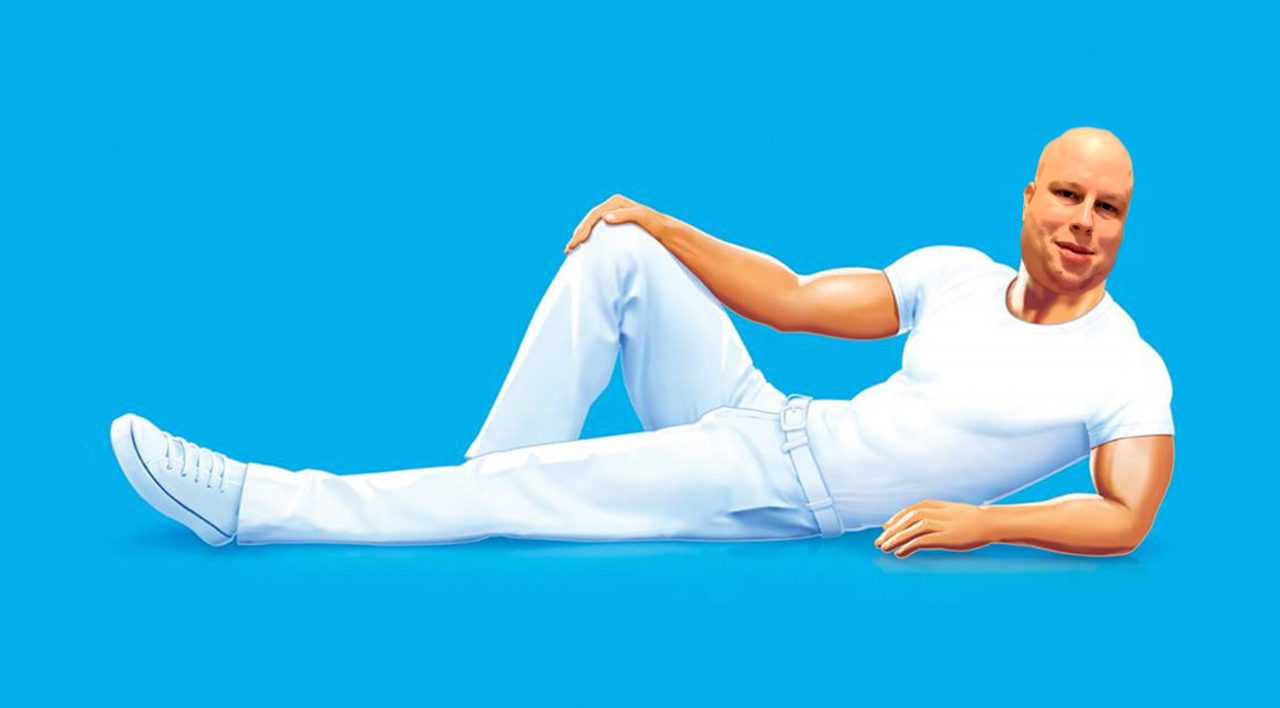 If you didn’t catch the news elsewhere, I’m rocking the bald look again. I tried it once in Iraq and hated it, but it isn’t so bad now. Apparently the extra pounds I carry have rounded out my face and enhanced the look. Tiah approves, and has now seen me with long hair, normal hair, and no hair. However, my brother sent me a hat, so I’m walking around in a covered head again, a look I haven’t done much of since moving to Bismarck.

It was so good to see and hear positive news as we continue this fight. Truly, your prayers and modern science are having an impact. I often think about the journey to get to this point, and how I would still be waiting for a surgery to remove the mass, had someone not canceled theirs. The Lord’s hand has been in this to get timely treatment with a team of care providers that aren’t messing around. There is much we could lament, but so much more we can be grateful for.

Be patient, therefore, brothers, until the coming of the Lord. See how the farmer waits for the precious fruit of the earth, being patient about it, until it receives the early and the late rains. You also, be patient. Establish your hearts, for the coming of the Lord is at hand. Do not grumble against one another, brothers, so that you may not be judged; behold, the Judge is standing at the door. As an example of suffering and patience, brothers, take the prophets who spoke in the name of the Lord. Behold, we consider those blessed who remained steadfast. You have heard of the steadfastness of Job, and you have seen the purpose of the Lord, how the Lord is compassionate and merciful. But above all, my brothers, do not swear, either by heaven or by earth or by any other oath, but let your “yes” be yes and your “no” be no, so that you may not fall under condemnation.

I could come take a twin looking mug shot with you. Good to hear that you are feeling better in your back. Praying.

Glad that you got some good news!! We will keep praying!

The POWER of PRAYER be with you on this journey. By the way I like bald. They are HOT