In Sickness And In Health

There have been several questions as to more particulars of what’s going on with the sickness and how we got here, which we haven’t elaborated on yet, so I guess this is going to be that post. Thank you all so much for the support you have shown thus far. Most of you know well of my high geek factor in a variety of areas, so it should come as no surprise one of the most motivating things for me right now is doing a little web development, a bit of blogging, and seeing your comments on the posts. I opted to go full public with everything, so don’t feel like you need to keep it a secret, feel free to share posts if you desire. From time to time we’ll put up some posts that aren’t directly cancer related as well, in part to keep it interesting and in part because there’s some things Tiah and I enjoy that we see others asking opinions about from time to time.

We waited a year to do a proper honeymoon. That was driven in part by some life changes and a new job I had just started, but turned out to be a nice thing. It allowed us to settle into marriage a bit more smoothly, and paved the way for a vacation on our first honeymoon that we were able to enjoy more. We were also able to structure the trip to include a visit to my brother and see our niece. Unfortunately, on the drive down I experienced what I could only describe as a swollen testicle. The drive was a bit unpleasant as a result, but over the course of the trip it eased up and considered it a life annoyance.

In February the swollen testicle returned, so I went in to the doctor who determined it should probably be seen by a urologist, but sent me over for an ultrasound so they had more to look at in the meantime. This was definitely not what I expected for the first ultrasound I would be part of. Unfortunately, I had to wait until early April for an opening with the urologist.

The urologist only needed a few minutes to tell me that it had to come out, with the disclaimer that surgeries were booking into June. The Lord’s timing was clearly present when he looked at the computer and found there had been a cancellation the next day. So we wasted no time and removed a mass from my right testicle the next day. 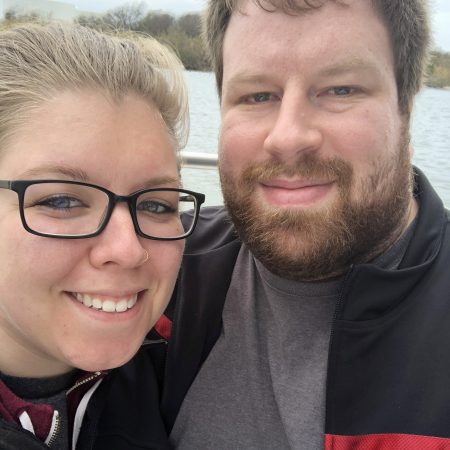 The next ten days my beautiful and caring wife, who I still don’t deserve, exemplified every ounce of ‘in sickness and in health’ that a person can. That was the first surgery I ever had, and I quickly learned how well the human body is interconnected. Every sneeze, every trip to the bathroom, was an exercise in pain management. It is astounding how so many things in the body affect an incision seemingly so far away.

We finally got in to see the urologist for a follow up appointment on April 23. He also had me come in ahead of time for a CT scan. Unfortunately, the news on this day verified that this sickness is indeed testicular cancer, stage 3, and it had spread further than they thought. They describe it is fairly aggressive, but very curable. This began a rush to see an oncologist, get some blood work done, and what turned out to be appointments every day the rest of the week, culminating in a PET scan first thing Friday morning, followed up with my second surgery to put in a port. The PET scan verified the spots they thought the cancer had spread to, the lymph nodes around my stomach and a small nodule on the left lung, but also illuminated a small spot on the lymph nodes below my neck. The port incision also brought on a return to sleeping on the couch, and a whole new round of this part of the body affects this other part of the body.

Which brings us to this week. We are 3 days into chemo and I have learned a side effect, a very significant one for me, is hiccups. You can ask my wife, they’re bad. They kept me up a good chunk of the night, so I would very much like for them to go away. The doctors say there is stuff that could be given to me to help with them, but would introduce other side effects that likely wouldn’t be any better. My biggest prayer request today is for hiccups to go away.

We expect the treatments to go 4 rounds of 3 weeks each. The first week is 5 days of chemo, Monday being the longest of the days. The following two weeks are trip in on Monday for some fluids and medications, with the rest of the week to recover, and possibly some other checkups. Then we repeat the cycle.

That has been our whirlwind of a month. The chemo treatments are definitely taking a toll on my energy level. I thought I might be able to put more time into work, but haven’t had the requisite focus to adequately dive into that. Hopefully next week I can attack some things there without the daily chemo.

Again, thank you all for the support. We were surprised at some generous gifts yesterday, and are so appreciative of them. They are already being put to use for some comfy pillows and shirts that will be more convenient for accessing my port. Some tasks around the house have been claimed as well, so my wife doesn’t have to try so hard not to hurt herself getting the A/C down. All of your comments and prayers to fight this sickness are very much appreciated.

Praying for you and your lovely wife!

Sending prayers for the hiccups to go away, energy and healing. Bless you and Tiah!

Shawn and Tiah, You Both Have Such Strong Faith.. YOU HAVE THIS…One Day At a Time….
Gpa and I LOVE you Both so very Much…

Cutest couple. You married up…(or down?)!! Love these photos!!!

There’s no doubt that I married up.